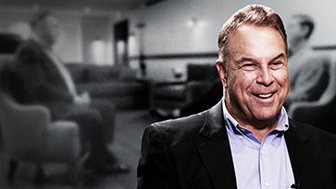 Real Vision CEO, Raoul Pal, examines via Skype the recent turmoil with an international cadre of outspoken experts: monetary economist George Selgin, George Goncalves of The Bond Strategist, Scott Skyrm, executive vice president at Curvature Securities, and Dr. Z. Barton Wang of Barton Research. Join Raoul on this voyage of discovery as he discusses repo and more with some of the sharpest minds in finance. Filmed on January 31, 2020, in Grand Cayman.

RAOUL PAL: Hi, I'm Raoul Pal with Real Vision here in the Cayman Islands. I've been thinking through and watching and talking about what's been going on the repo markets for some time. If you remember back in about July and August, we started to realize there was some really big structural problems happening when the treasury's general account needs to be topped up. And that was going to require them to issue an enormous amount of bills, which the market wasn't in a position to absorb. We'd already noticed, back the previous year, that there'd been problems with funding and liquidity in these money markets.

So I'd been following that story and watching it develop. We started to see some spikes in collateral rates, and we saw spikes in the repo rates. And it started to look like it was going to get under tremendous pressure by year-end, as the treasury were feeding the market more bills and taking cash out.

There was a load of complications to do with inverted yield curves and bank regulations and a bunch of things that meant that this could be a huge problem. Luckily, by the time we'd gotten to October, the Fed figured out what the problem was, and they started to massively inject liquidity into the money markets via repos and some thing they called not QE. But most of us don't really know what that is.

They were buying treasury bills, but it wasn't those long-dated bonds we need from QE. Was this money going into the markets? Some people thought it wasn't. Some people thought it was. All we do know is the equity markets went on a tear at that point, and it was an extraordinary period where suddenly equity returns were outsized. They disconnected from the business cycle and disconnected from almost any economic fundamental. Things like Tesla went up in a straight line. Apple added $350 billion of market cap in literally two months.

It felt much like the Fed injections of liquidity back in 1999, 2000. And although they were different in nature, the outcome seemed to have been the same. It may have created, and it's not clear yet, an enormous spike bubble high. It's not clear that that's playing out fully yet because the Fed have now said they're not going to just temporarily be involved in the money markets. They're more likely to be involved in April and then beyond. They may change where they're going to operate on the curve. They're going to be part of our lives going forward and so is this use of the treasury general account, which I think is something that most people don't really understand the importance of.

So I want to find out what the hell this is all about, what it means for us. Does it affect us in markets? What do we need to know? There are questions out there that people are asking. They're good questions, which is well, if the Fed almost indirectly having to monetize what the treasury is issuing, can the market absorb larger debts from the US government?

So I want to go on that journey of discovery with you and go deep into this topic. It's something we're going to do more of on Real Vision, where we choose a topic, a timely topic, and dig deep, get a bunch of experts to really understand so you've got more than just the nuance, more than just a one-person interview, but a real journey of discovery that we can all go on together. So I hope you enjoy it and find it useful.

So I'm going to reach out to four different experts and ask them what their views are on the repo market to give us a broad understanding because there are many views on what's happening and what it means. The first person I'm speaking to is George Selgin from the Cato Institute. What we're going to get from George is the top-down picture, just a basic understanding of what this is all about and what's actually going on. And then as we move through, we'll dig in deeper.

George, great to speak to you today, really excited to understand what your perspectives are on the repo markets. Everybody's head scratching. People are trying to figure out everything from is this QE, what's going to happen to the Fed balance sheet, is it affecting asset prices? So many questions. So I'd love just to kick off with your top-down perspective on what has been going on, I know there's a historical reference that people need to understand, and then what's your view on what the situation is right now?

GEORGE SELGIN: Sure, well, the current operating system of the Fed, which has been in place since 2008, requires that banks have so many reserves that they actually have more than they need. And so in principle, when that's true, the Fed can control interest rates just by changing the interest rate it pays on reserves and also a second rate is that's a little bit lower than that they pay for non-banks.

What's happened is that over the course of beginning of 2017 and beginning in 2018, the Fed was shrinking its balance sheet because they assumed that they had way more reserves after three rounds of quantitative easing than they needed to maintain this system and to have it work the way it was supposed to. Evidently, that didn't happen because it turned out that repo rates started to climb above the Fed's target.

And notoriously so, in mid-september of 2019 when there were some spikes in the rates that clearly caused problems. And what that seemed to suggest is that the Fed had gone too far and the reserves had become scarce, despite the fact they were still over $1 trillion in excess reserves left in the system. So that's the basic background of what took place.

RAOUL PAL: So the Fed then started, essentially, adding liquidity to the repo markets to try and offset the treasury general account as it was issuing new treasury bills. Asset prices took off on the back of that as well. Do you think those things are linked to or is it separate? Because there's a big debate going on, is it QE or not QE? The Fed has said it's not QE. And the smell test of the market tends to suggest that it is QE.

GEORGE SELGIN: Yeah, I tend to side with the Fed on this issue because there are two ways the Fed could stimulate the market, at least according to the perceived theories. One is by actually reducing its target rates, and it has done a little bit of that. But the other one is quantitative easing. But quantitative easing only works when the Fed is buying long-term bonds. And therefore, it's reducing rates, but at the longer end of the maturity spectrum.

The Fed purchases that have been going on these last few months have not been long-term bonds. So they really just amount to swapping reserves for short-term bonds. And independent of any change in the Fed's target rates, that's not supposed to make any difference. That's not really supposed to stimulate markets. It is supposed to prevent a shortage of reserves or make up for a shortage so rates don't spike above the Fed's target, which of course, would be problematic.

But other than that, it's not supposed to be a source of stimulus. It's hard to imagine the theory that would make it much of a stimulus if short term rates aren't changing. If the market is responding to what Powell calls the organic balance sheet adjustment, then we don't have a theory to explain why it would. That is a challenge.

RAOUL PAL: And so the Fed has signaled that this balance sheet tightness that's going on by the primary dealers is likely to continue. They've also talked about some hedge fund balance sheets as well over this tightness of liquidity in the repo markets. Do you think this is going to be a standing repo facility where it's just going to be ongoing now? Is there a structural change to how the Fed wants to operate to keep the repo markets and the money markets running effectively?

GEORGE SELGIN: Well, there are three different pieces of Fed policy that are really involved here, three different options. The Fed can expand its balance sheet permanently, which it's been doing, it can have these ad hoc repo operations that it's also been undertaking, or it can establish a true standing repo facility.

Now, I know the Fed intends to stop the ad hoc repo purchases, the ones that it has been undertaking where it decides on a daily basis whether to do any more. It's hoping that just expanding the stock of the permanent size of the balance sheet, through the outright security purchases, will eventually allow it to taper down those repo operations.

But that still leaves the question whether it might install a standing repo facility at some date in the future. But it should be understood, the way that facility is supposed to work is not that there is supposed to be activity there all the time. There are supposed to be regular repo operations. It is meant to be just a standby facility, the very presence of which provides some assurance to banks that they can always go there if they need to, but that they don't use on a regular basis. So if the Fed goes that route, it still won't have every day repo interventions, as it has had in the recent months, but it will have a facility that could kick in on exceptional occasions when demand for reserves spikes for any reason.

RAOUL PAL: Is this process just because of the treasury general accounts and the excess bills that came into the market and taking out the liquidity from the market? Is that what