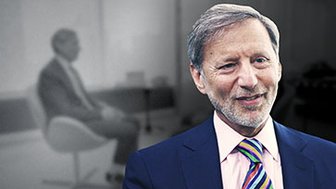 Peter Kraus, chairman and CEO of Aperture Investors, analyzes the…

Dr. Irene Finel-Honigman, adjunct professor at Columbia University, is a well-established expert on European banking, international policy, and US-EU relations. In this interview with Strategic Insights Group CEO and founder Dee Smith, Finel-Honigman focuses that expertise on the UK, speaking to the conditions that led to Brexit, as well as the likely outcomes from this point. The greatest political risks she sees are in the European Union, which must reform its institutions, as well as in the UK, where the wrong policy choices could lead to a “genuine sense of outrage and anger” among the British electorate. Filmed on June 5, 2019 in New York.

Brexit was a cataclysmic mess that never needed to happen.

The one advantage of Brexit and Trump is it's finally forcing us to get our act together.

The UK has to be very careful that politicians in the process of fighting their own little fights about Brexit do not, in turn, ignite a genuine sense of outrage and anger.

DEE SMITH: Hello, I'm Dee Smith. Today, I'm going to be speaking with Irene Finel-Honigman, who is a specialist in international finance, banking, and financial policy, with a focus on the EU and on Brexit. And we're going to be talking about Brexit, the state of play, what we can expect in the coming weeks and months, and how we got here. Irene, welcome, and thank you for being here today.

DEE SMITH: So we're going to talk about this little issue called Brexit and its implications. And I'd like to start by asking you what do you think the state of play is today in Brexit. What's led into it, brought us to where we are today, and where are things?

IRENE FINEL-HONIGMAN: Well, I think what is fascinating about Brexit, it's both, I would say, an irony and a farce. It's an irony because when we look at the history that brought it about and the complex relationship between the UK and Europe going all the way back to the start of the European Union, it's never been a comfortable state of affairs. The UK originally wanted to come in. It was Charles de Gaulle in France who absolutely hated the Brits at the time and said, no. They did not come into the European Economic community until 1973.

And it was always a relationship of being in it but not totally being of it. Once Margaret Thatcher comes into power in the late 1970s-- 1979-- the situation becomes even clearer. She wants the European Union, as we move toward economic community to the European Union, to actually serve best the trade interests-- the agricultural interests, the open market interests-- of Britain, but not in any way to impose itself upon Britain.

The real decision takes place in 1991 when it's about to start the European Monetary Union, and it's about to start a far greater integration. And it's fascinating, because no one had a better relationship-- we have to remember in geopolitics-- than Margaret Thatcher, Mitterrand, Chancellor Kohl, and Reagan and then Bush. This was an extraordinary group of leaders who basically ran the whole show for nearly 15 years. And yet, Margaret Thatcher, from the very first day, said, no. We will only be part of a very general structure of a European Union.

We will never, ever give up sterling. We will never give up the Bank of England. We will basically never give up our full sovereignty. The reason I mention this is this is where there's the irony. Brexit was a cataclysmic mess that never needed to happen. It came about because David Cameron made a foolish decision in 2013 because there was already all this anti-EU, anti-euro, anti-globalization movement across Europe brought on by the sovereign debt crisis and then the migration crisis. In order to humor, in part, this constituency and to bring them to his side, he said, you know what, if I'm re-elected in 2015, we'll do a referendum on this issue.

I personally feel referendums are one giant mistake. And along comes, of course, he is re-elected. And along comes June 23rd, 2016. And there is a referendum. And, as you know, the referendum, interestingly enough, was 52 for leave, 48 for remain. From day one, it was clear that the UK was split.

DEE SMITH: And so it really is ironic that this whole thing had to be revisited.

IRENE FINEL-HONIGMAN: Exactly. It's ironic, and then at the same time, because there was never-- forget about a plan B or C-- once Brexit occurs, there was never a plan A. Because I think on a very deep level, certainly the British establishment, the political class, the intelligentsia, universities certainly assumed that, yes, this is all very interesting. It will allow everyone to express their view, but this won't really happen. We certainly saw exactly the same situation in November 2016 with the Hillary-Trump election.

These are situations that suddenly occur. And they are cataclysmic moments, and the most awful thing is when nothing's been put in place. Cameron is forced to leave, and Theresa May comes in. And I just want to say, I personally do admire Theresa May. I think she was put in the most atrocious position and took on probably the most thankless job possible in any government.

DEE SMITH: So this has happened, and here we are. And now it seems that there are three probable outcomes. There's the hard Brexit-- leaving with no agreement. There is a second referendum of some kind-- however that might be phrased. And then there's a new election-- a general election. Do you see any other alternatives?

IRENE FINEL-HONIGMAN: I think what is oddly interesting is the Europeans now, with this brand new deadline having basically crashed through the previous absolute deadline of March 31, now on to October 31, 2019-- the Europeans now are setting out a kind of weird scenario of either, basically, no deal. Either going back to something of a sort of more soft deal-- either, oddly enough, just canceling the whole thing. We are, again, in uncharted territory, because the way Brexit had to come about according to the rules and laws of dictating the European Union and the conditions of the EU was that Theresa May had to invoke Article 50.

And she did that in March 2017, which had that two-year transition period onto a final decision. The question is now, how set in stone is Article 50? And are we now looking at a possibility of simply revoking Article 50? We don't even know what that means.

DEE SMITH: Do you think that's a possibility?

IRENE FINEL-HONIGMAN: I think that maybe-- I don't think the Europeans threw that out, particularly with Macron and Merkel simply perchance. That may be a possibility, because, at the end of the day, from the other side, the Europeans-- the European Union, specifically Angela Merkel and once Macron becomes president-- they didn't want this. Nobody wanted, basically, Britain, the UK, to be off the table-- to no longer be at the table.

DEE SMITH: Do you think that, from the standpoint of the EU at this point in time, there is a unified vision about what they would like to see in terms of Brexit? Or do you think that there are a lot of different visions? That the French look at it one way, the Germans another, the Italians another. Obviously there's Poland, Hungary, and Greece and all these other countries-- how does that play in? Is there a center?

IRENE FINEL-HONIGMAN: Maybe there was originally a center. I think when this decision occurred, I would say that the first year-- that year of 2017-- they assumed this would follow certain procedures. If really this had to occur, Theresa May would invoke Article 50, which she did. And then from then on, this would somehow have a not smooth, but certainly fairly cohesive transition. And that the Brits, in turn, would begin to offer some very definitive conditions they were comfortable with, and then room to maneuver.

So I'd say that there was more of a kind of together kind of attitude. And certainly Donald Tusk, as one of the most important voices in the European Commission-- Junger, et cetera-- wanted to work with the UK to find and resolve this issue. The problem was that when it became clear that on the UK side, whatever plan was put forth was immediately shut down. That Parliament was becoming more and more fragmented. That the divisions within the UK were becoming more and more rigid.

There began to be much greater concern, because the question is that this began to be a problem that the Europeans did not want and the Europeans simply did not quite know how to deal with. We also have to remember no one has ever dropped out of the European Union before. There were