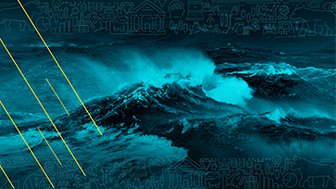 This week we break down one of the major points…

The One Thing · Featuring Stanley Druckenmiller

This week’s episode of "The One Thing" is the second in a series of three that breaks down perhaps the most important interview in Real Vision history: Kiril Sokoloff's interview with the legendary Stanley F. Druckenmiller. In part two, AK breaks down how Druckenmiller uses the ideas of self-awareness and self-actualization to successfully navigate uncertain markets.

AK: You ever noticed that whether it's sports, America, or the markets that the old timers are always bemoaning the loss of the good old days? How many times will someone start with back in my day and then your eyes start blazing over? But what if they're right when they're talking about markets? What if today's markets are manipulated by algos and the central banks and now, the risks are huge? We're going to talk about all that and more on this week's episode of Real Vision's The One Thing.

What's going on, investors? AK here. In the second part of our Stanley F. Druckenmiller series, we're going to look at how markets have evolved. Druckenmiller's hour and 20-minute interview with Real Vision last September is full of nuggets of wisdom about how we got here in markets. And who better to shed light on how things have changed in markets than the Michael Jordan of investing himself, Mr. Stan Druckenmiller. Here's what he had to say about challenges to traditional pricing in in today's market.

STAN DRUCKENMILLER: The challenge for me is these groups that used to send me signals, it doesn't mean anything anymore. I gave one example this year. So the pharmaceuticals, which you would think are the most predictable earning streams out there so there shouldn't be a lot of movement one way or the other. From January to May, they were massive underperformers. In the old days, I'll look at that relative strength and I'll go, this group is a disaster. Okay, Trump's making some noises about drug price in the background. But they clearly had chart patterns. And relative patterns so it suggest this group's a real problem. They were the worst group of any I follow from January to May.

And with no change in the news and with no change in Trump's narrative, and if anything, an acceleration of the US economy, which should put them more toward the back of the bus than the front of the bus because they don't need a strong economy. They have now been about the best group from May until now. And I could give you 15 other examples and that's the kind of stuff that didn't use to happen. And that's the major challenge of the algos for me.

AK: And it's not just the algos that are distorting price action and rendering some classic trade setups useless, central banks bear some of that burden too. Since the great financial crisis, we've seen unprecedented involvement of the central banks in the market. And not only that they've been using their traditional mechanisms of interest rate policy to control liquidity, but in some cases, they're the only buyer in the actual market of security. Our boy, Druck, says that this ain't it.

STAN DRUCKENMILLER: Since free money was instituted, I have really struggled. I haven't had any down years since I started a family office. But thank you for quoting the 30-year record, I don't even know how I did that when I look back and I look at today, but I probably made about 70% of my money during that time in currencies and bonds. And that's been pretty much squished and become a very challenging area, both of them as a profit center.

AK: So, we can whine and take our ball and go home because the game isn't fun anymore, like a lot of hedge fund heavyweights have done in recent years. Or we can be flexible and figure out how to play the game and win with these new rules. But how the heck are we supposed to make money in these markets if the masters are quitting? Well, Druckenmiller has an answer for that, too.

STAN DRUCKENMILLER: So, I would always be a crazy person when I was down in a year. But I know, because I like to gamble, that in Las Vegas, 90% of the people that go there lose. And the odds are only 33 to 32 against you in most of the big games so how can 90% lose? It's because they want to go home and brag that they won money. So when they're winning, and they're hot, they're very, very cautious. And when they're cold and losing money, they're betting big because they want to go home and tell their wife or their friends they made money which is completely irrational.

So- and this is important, because I don't think anyone has ever said it before. One of my most important jobs as money manager was to understand whether I was hot or cold. Life goes in streaks. And like a hitter in baseball, sometimes a money manager is seeing the ball and sometimes they're not. And if you're managing your money, you must know whether you're cold or hot. And in my opinion, when you're cold, you should be trying for bumps. You shouldn't be swinging for the fences, you got to get back in rhythm.

AK: That's a really powerful advice and just like Babe Ruth back in the day or Clayton Kershaw making a start this week, Druck stands out among his peers. And circling back to the first episode of this Druckenmiller series, self-awareness is a key component of self-actualization. Simply put, Druck is the best at understanding when he's on a Street, hot or cold, adjusting a strategy and capitalizing on that flexibility. If you want help on your journey to self-awareness, self- actualization and solid profits, then make sure you subscribe to Real Vision. I'll talk to you next week.