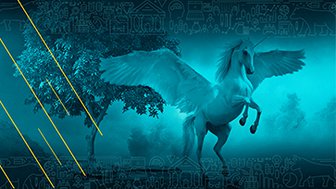 Filling in for AK, Real Vision's Drew Bessette breaks down…

Why did Google drop its "Don't Be Evil"motto in 2018? The answer might be found in the troubling signs emanating from Silicon Valley and Washington D.C. This week, Drew takes a look at tech giants Facebook and Google, and explains why the biggest risk to their dominance might be the 2020 election.

DREW BESSETTE: Last week, we talked about the massacre of the unicorns and the popping of the Silicon Valley venture capital boat. We discussed part of that big picture, but really, we kept it focused on the unicorns like Lyft, Uber, and WeWork. We did mention Facebook, too, and while companies like Facebook and Google don't have a ton in common with WeWork except for say, the recent PR trouble, they do have something in common. They come from the same hometown. Silicon Valley is home to VC funded unicorns like Uber and WeWork and big tech giants like Facebook and Google. Today, we're going to break down the potentially existential troubles facing big tech in Silicon Valley on this episode of The One Thing.

What's going on, investors? Drew here. Remember when Google's motto was, "Don't be evil?" Well, in 2018, they dropped the motto and it seems like a pretty telling sign that maybe the future utopia that these technology companies promised they were building wasn't exactly so. Perhaps they realized they could make more money in something resembling a dystopia or maybe the signage just cost too much for them to continue using the motto. Whatever the reason, they dropped it. This might seem silly, but it is representative of how the last 20 years in Silicon Valley have developed. Last week, Real Vision interviewed Rana Foroohar. She wrote the book, "Don't Be Evil, How Big Tech Betrayed its Founding Principles and All of Us." Here she is explaining how we got to where we are.

RANA FOROOHAR: Google was really the beginning of the core business model of big tech that I focus on in my book, which is this idea of targeted advertising, surveillance capitalism, how that's evolved, how it's changed our economy, our politics, our brains.

One of the things I really poured over in researching this book was the original paper that was done at Stanford, "On Search," by Larry Page and Sergey Brin, who were, of course, the founders of Google. This is a paper from 1998, you can get it online. When you look through this paper, it lays out what a search engine is, what the world wide web is, but also how do you monetize this stuff? What is the business model?

It's very interesting this-- I think, in some ways, the fact that this point hasn't come out more is evidence of the fact that nobody reads anymore because you have to go down to the appendix and there's a section about advertising and its discontents. The pair really looks at what targeted advertising as a business model could do for the users and consumers and they say very clearly that this is probably not in the public interest, because hypertargeted advertising can be manipulated and misused so easily for disinformation by both companies, but also potentially public actors. In fact, the pair says, this is a strong reason why you might want to have a search engine in the public sphere, in the public interest. Of course, when you get close to IPO, the VCs don't want to hear that.

DREW BESSETTE: Google set the blueprint for a lot of these big tech companies and surveillance capitalism is the perfect term. Even before Google was Google, the founders understood the potential for both good and the bad that this new technology could produce. They knew what negative impact technologies like hypertargeted advertising could have when firms and individuals use them to manipulate us. They even argue that a search engine like Google should be a public utility, like electricity or water, not very profitable businesses and heavily regulated, maybe that's where we're headed.

The only way this changes is if there's a major shift in how governments view companies like Google and Facebook. You all saw Mark Zuckerberg acting like a total robot in that congressional hearing a few weeks ago, and now, these tech companies pay for armies of lobbyists in Washington. Even if the political risk is the biggest risk to these companies' stock prices, maybe that's being overblown a little bit. Here's Rana laying out the reasons why the political risks could be so overblown.

RANA FOROOHAR: I think that surveillance capitalism, and these data driven businesses are really a fundamentally different business model, or in some cases, harken back to an older business model. A lot of people make the comparison between the network power of the big tech platforms and the network power of say, the railroads which were, of course, eventually broken up because they owned both the means of transportation and we're owning the commerce on the rail lines that was decided to be unfair. That separation of platform and commerce is still something that exists to a certain extent in the financial sector.

That's an area to be revisited, but there's also a bigger issue here. One of the chapters in my book looks at the way in which Silicon Valley has really hijacked the political debate. Something that I found, and this is not unusual, you find academics that are paid for by big oil or finance or whatever. Silicon Valley has conducted a blanketing of our nation's capital of Brussels, of regulatory agencies in ways that I think are really unprecedented. If you look at the revolving door between the Obama administration and Google, it's pretty stunning. This company had the single most meetings in the White House during his entire tenure.

Even now, Google, Amazon, these are the single biggest corporate lobbyists. There's been such a capture, regulatory capture, cognitive capture that I think we have to start bringing the idea of power back into the conversation about the political economy and regulation. I think that you're going to hear a lot about that in 2020.

DREW BESSETTE: The big tech firms understand the importance of the attitude that the government has toward this. They've spent billions of dollars on an army of lobbyists in Washington, D.C. to stay in the good graces of these lawmakers. They understand that the only thing that's going to mess up their profits is if the government changes its mind about the level of regulations that these companies should have and any amount of regulation cuts into their profits.

Considering how much money these firms have been spending on maintaining their current positions in Washington, the change in public opinion required for the government to actually change its policy on big tech would have to be significant enough to get new representatives elected in Washington. 2020 will be an incredibly interesting election and what happens to big tech will be a huge part of the presidential debates. If the government changes its mind about big tech, even if it does, governments move slowly, so big tech isn't dead. What comes next? Here's Rana providing some perspective.

RANA FOROOHAR: In fact, I think in some ways, the battles between a company like say Facebook and politicians like Elizabeth Warren are in a way, a bigger battle between neoliberalism and call it what you will, it may be patriotic capitalism, it may be some economic nationalism. It may be some global realization 2.0 that is just simply more regional.

Raj Rajan, who used to be the head of the Central Bank of India, professor at University of Chicago had a wonderful book looking at the idea that unfettered globalization which is underpinned by the theory of economics around neoliberalism, has always allowed capital to fly 35,000 feet over the problems of the nation state, and in particular, the workers in those and the citizens in those countries. That system is no longer sustainable. Everything in our politics globally now tells us that that is no longer sustainable.

DREW BESSETTE: The current system is unsustainable, but we know that things can remain irrational longer than you can stay solved. There are no guarantees that the big tech bubble gets popped by the result of the 2020 election, but it certainly is a risk. To protect behemoths like Google and Facebook, all the noise of bubbles popping in the VC space like WeWork is just that, noise. The deck is stacked in the favor of these big tech companies. They are intimately aware of who we are as people because of the data that we've given to them for free.

That's a huge obstacle to actually getting anything changed, so while the realistic prospects for utopia were dropped even before Sergey Brin and Larry Page and Google dropped the Don't Be Evil tag. The prospect for dystopia are probably justice unlikely, but in the finance game, there are no certainties, so you have to prepare for even unlikely scenario. If you want help tracking the big tech narrative, or you just want to learn about how it fits into the rest of the financial world, subscribe to Real Vision. I'll talk to you next week.