Bio-On: A House of Cards? 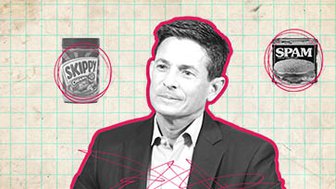 Chad Morganlander of Washington Crossing Advisors provides an update on…

Bio-On: A House of Cards?

Gabriel Grego, managing partner of Quintessential Capital Management, makes his Real Vision debut to break down his short thesis on a Italian bio-plastics company: Bio-On S.p.A. Grego published a report on the company in late July that led that company's share prices to falling by over 75%. In this interview with Jake Merl, Grego discusses the various irregularities with the business, and highlights why there's more downside risk for the stock. Filmed on September 9, 2019.

JAKE MERL: Welcome to Trade Ideas. I'm Jake Merl, sitting down Gabriel Grego at Quintessential Capital Management. Gabriel, great to have you on the show for your very first Real Vision interview.

GABRIEL GREGO: Glad to be here.

JAKE MERL: Today, we're talking about a company called Bio-On, which is actually a bio plastics company based in Italy. You published a report at the end of July, and you basically called the company a house of cards. The stock fell 75% immediately after you publish the report. The stock was suspended from trading. It's currently trading around 60% to 70% below from when you initially publish the report.

Break it all down for us. How do you look at companies? What's your methodology for shorting stocks, and what specifically led you to Bio-On.

GABRIEL GREGO: The methodology in general is pretty clear. What I like to do is I try to pick my battles well. In other words, I don't go after a social situation, but look for extreme circumstances, which usually be in some catastrophic, but hidden situations inside the company. It can be a fraud, it can be crime, it can be dishonest management, it can be failing-- completely failing business model, but in a hidden way. That's the first phase.

We have a bunch of ways in order to receive ideas and deal flows. For example, at our funds, we do our own proprietary research, our screening mechanisms. Once we go over to first screening, the second screening is to try and understand exactly what's going on. Come up with a rational thesis of the underlying problem of the company, and then collect a critical mass of information that not only explains in depth what's going on, but also can prove the thesis beyond reasonable doubt, so to speak.

The final phase is to find a way to communicate our findings with the wider public, with the market in a way that is both understandable, clear, and verifiable, this was very important. We want the average reader, the average person who watches our thesis to be able to reverse engineer at least some of the most critical point of the thesis so that they can convince themselves of the acceptance of the thesis basically.

JAKE MERL: What specifically led you to Bio-On?

GABRIEL GREGO: Well, Bio-On is a stock that many funds have been looking at to the last year or so, a lot of short funds, some of them are well known. They had large short positions, persistent short positions and sometimes increasing short positions. It was definitely on our watch list and we started looking at a company and the first one we saw were glaring, what we believe are glaring, accounting anomalies, of the type that we see in the companies that usually interest us, for one reason or another.

For example, huge discrepancy between cash flow generation and earnings. For example, sales that for the most part, are never or almost never cash or sales and huge receivables. Then we saw was a pattern of press releases and communication to the investors that in our opinion were at least a little bit exaggerated. The company claimed to produce certain variety of its product-- the company does plastics, plastic that is contributing to the cure of cancer, plastic that clean the oceans, plastic that can replace metal, a plastic that can replace human bones and many other. I'm not going to list all of them, but a lot of them strike to us is very unlikely.

Finally, all we did is going and analyzing this communication from the very beginning, from before the IPO all the way 'til today and we try to see what happened after the communication. We saw that very often, these projects were announced, together with huge investments in plans and large purchases of technology. But then if you go see during the years, most of them, the overwhelming majority of them, nothing ever happens. If it's about collaboration with some auto industry reality, the factory never gets built. In some cases, the licenses, which is technology transfers, don't really get paid, if they get paid, they get paid in something that looks to us quite strange. Like, essentially using some of Bio-On's own cash in order to pay itself and so on so forth.

GABRIEL GREGO: We never use the word fraud every time we are doing our reports, but this is only for legal reasons. What we like to do is to share all the most important findings with the public, maybe with our opinion as to what could be going on underneath but we prefer not to give real judgment. We like the public to give their judgments, so come to your own conclusion. But basically, what we saw is a company that in 12 years of operations and several years as a public company has never created any free cash flow, is a company that at the very least, until the end of 2018 has never sold anything or produced anything of substance outside of its network of shell companies.

In other words, they do show some sales, but these sales tend to be two companies which are affiliated or related to themselves. The game that they do is they seek out some partner, they're usually a real company sometime with a good reputation, and they form a JV. This JV is actually shell company and the terms changed from company to company but the idea is, well, we're going to start research into this application for bio plastic or on our application and at some point, we'll build a factor. We will commit large amounts of capital in this factory and right away, this entity buys that technology from Bio-On.

Now, a few things happen. Number one, the people we spoke to and the auditors who looked at the account say that the price at which this license were sold, the amount that has been determined may have been irregular, because in Italy, every time you're selling an asset to a company that you yourself control or is affiliated to you, you cannot just give it an arbitrary value but you need to get an official appraiser nominated by the courthouse which basically comes up with a business plan and evaluation based on this business plan, which then checks it over time to make sure that the asset is performing according to expectation.

Now, what seems to happen is that this exercise was not done or at least, we didn't find any evidence of this exercise being done so we cannot trust the amount that was paid for this technology transfer. Their model was sold, but in many cases, it was never paid. In other words, the company sells technology to these entities, which are sometimes 50% owned by the company itself, sometimes 90% owned by the company itself but then the payment never occurs, or almost never occurs. In the few cases where some money didn't go back in, what happened? Bio-On made what looks like a capital injection into the vehicle and then used the capital injection money to pay itself back from the license.

This is the type of thing that we saw and this companies themselves, these joint ventures that we call them shell companies, they have Bio-On administrators and directors, the offices are located inside Bio-On so they they don't seem to have any dedicated employees. They don't have any sales of their own. They don't have any production of their own, at least not in 2018. This $50 million almost never t