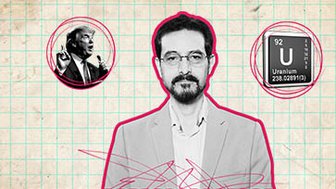 Lobo Tiggre, CEO of Louis James and editor of the…

Komal Sri-Kumar, president of Sri-Kumar Global Strategies, updates his home-run trade on Treasuries and reviews his current outlook for recession. In this interview with Jake Merl, Sri highlights the upcoming FOMC meeting, discusses why the trade war is the main driver for the bond market, and notes his expectations for the 10-year Treasury yield. Filmed on September 17, 2019. Learn more about Macro Insiders here: http://www.realvision.com/macro-insiders

JAKE MERL: Welcome to Trade Ideas. I'm Jake Merl, sitting down with Komal Sri-Kumar of Sri-Kumar Global Strategies. Sri, great to have you back on the show.

KOMAL SRI-KUMAR: Good to be back with you, Jake.

KOMAL SRI-KUMAR: Let me answer you in two parts. One is I think it is reasonably clear we are going to have a 25 basis point or a .25% cut in the interest rate. We are being at 2% to 2.25% for the Federal Funds Rate. We go to 1.75% to 2% effective tomorrow afternoon. That's not what is in suspense. What is in suspense is how Chairman Jerome Powell is going to deal with future changes.

You may recall that in July, the market should have been very happy with the cut interest rate he gave, the first cut in interest rates since 2008. Instead, the whole thing got upset by his calling a mid-cycle adjustment and the market said, "Hey, we're not going to have any more cuts, after all." This Chairman, more than many other previous ones, has given into verbal miscues and as to how he says it, and what mistakes he makes in the press conference could determine the eventual move in the interest rates but the Fed alone does cut it by quarter point.

JAKE MERL: How do you see that impacting longer term rates such as the 10-Year Treasury?

KOMAL SRI-KUMAR: If it is just .25%, and if he does not have any problems with the press conference, no confusion arising from it, there shouldn't be any change in terms of the long term yields as a result of it because it's fully expected, discounted in the market. Where the change would come would be in terms of what he says if he changes his view on a recession, if he tells you that the global risks have increased, which lead you to believe that the recession is more likely whether he tells you that or not, then the 10-Year, 30-Year Yields start to move down again.

On the other hand, if he's super optimistic in terms of the global and US view, the 10-Year and the 30-Year move up in yield temporarily. All of those are possible depending on how he acts. Really, investors should be looking more at the one year, one and a half years ahead rather than how to position themselves over the next week, which is essentially impossible to do.

JAKE MERL: Speaking of bonds, I know you've been bullish for quite some time, I think it's fair to say you've absolutely crushed the move over the past year or so. However, over the past month, we've seen a backup in yields. Inflation data has picked up a little bit, trade war tensions have eased. What do you think of that? Does that worry you? Are you still bullish on bonds given that backdrop?

KOMAL SRI-KUMAR: Yes, I have been bullish on bonds going back more than two years, Jake. I think the change that has happened recently is a burst of enthusiasm from different directions on the global growth front, inflation picking up as you said, and both China and the United States making favorable noises as far as trade is concerned. When I look beyond that, and I still expect the 10-Year Yield to come down over the long term. Why? Because I think inflation pickup I think is temporary. We have also had some good numbers on industrial production but if you look at month to month information in 2017, we have some months which were a lot better in terms of industrial production than even the latest number. Then we fell back again. Question is, is it sustainable? I don't think the improvement can be kept up.

KOMAL SRI-KUMAR: I think the main driver for Treasury Yields are what is going to happen to the trade war. Despite China and the US making favorable points with regard to negotiations, I don't think that they are-- the Gulf can be bridged that easily. Why? The Chinese are holding on to the statement that their industrial subsidies for companies and sectors believed to be important by them will have to be done as part of the long term program. The US says that is an indirect way that you get unfair advantage competing with you as goods, Chinese are not going to change.

We say in the United States that they are stealing intellectual property and that should stop according to the US position. The Chinese position, we don't do it. I don't know how you're going to bring the two sides together. On the Chinese side, they say the American side should immediately reduce and eliminate all tariffs without-- and then really start talking about seriously on what we should do next. President Trump, for political reasons, will not be able to do that at all because both the Republicans and the Democrats will oppose giving the Chinese a free pass without getting any concessions in return.

There are lots of uncertainties which are going to impact on the bond yield. The Fed by itself is not significant over the next year. Why? Look at what pushes the 10-Year Yield and the 30-Year Yield. Two components, as I have said when speaking with you earlier. One, expectation for real growth, which is slowing down despite the recent numbers. Second, inflationary expectations even though we recently have about 2.3%, I think it's again going to go below 2%.

The push coming from inflation, the push coming from economic growth, they just don't exist. That's the reason for looking at the nominal yields to go down and whether the Fed tightens, eases, does not think the 10-Year Yield doesn't get affected in terms of what happens to it.

JAKE MERL: With global growth slowing, how low do you see the 10-Year Treasury Yield actually go and in over what time horizon?

KOMAL SRI-KUMAR: My expectation is for the 10-Year to reach 1%. In the last few days after the run up, we have been in the high 1.80s, 1.89 or so. You are talking about a significant drop, the movement is not going to be very smooth, it's not going to be spaced out. Just as we saw that decrease in rates before the beginning of September was very fast. From July through September, the month of September shot saw a sharp increase and when it starts moving, it's going to move very quickly.

You can have geopolitical events, which can cause it. The Hong Kong situation, the demonstrations could worsen and if the Chinese forces from the mainland who are just across the water in the town of Shenzhen, away from Hong Kong, if they were to march into Hong Kong, expect the global markets to just go down, plummet immediately after that happened. That's an uncertainty. Then you have the uncertainty regarding what the Chinese are going to do on the trade front.

With the US economy, the latest numbers are suggesting that the third quarter is going to slow and my expectation is that a recession may begin-- very well begin about the middle of 2020. That is not good for equities and it is great for Treasury rally.

JAKE MERL: Sri, well, that's a pretty ominous outlook you have there. We'll see how it plays out in the weeks and months to come. Thanks so much for joining us.

KOMAL SRI-KUMAR: Thank you very much for the discussion.

JAKE MERL: Sri is still bullish on bonds. He thinks the 10-Year Treasury Yield could go below 1% over the next 12 months.