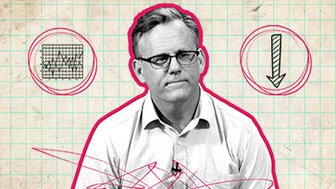 Douglas Busch, CMT, founder of Chartsmarter, is getting nervous about the software industry, and recommends a pairs trade to play the current situation. He examines the technical setups for both LogMeIn and Advanced Micro Devices, highlights several different candlestick and chart patterns, and points out key levels traders should pay attention to, in this interview with Jake Merl. Filmed on June 13, 2019.

JAKE MERL: Welcome to Trade Ideas. I'm Jake Merl, sitting down with Doug Busch of chartsmarter.com. Doug, great to have you back on the show.

DOUG BUSCH: On as always. Thank you, Jake.

JAKE MERL: So, you're usually a pretty bullish guy. But are you looking at anything right now that suggests you should be cautious?

DOUG BUSCH: Particularly that the software sector, it's the top performing subsector within technology. If we were to take a look at the IGV, it's the ETF best represented by software, showing some troubling signs. In the last six weeks, it's actually made three lower highs. And in that timeframe, it's actually undercut its 50-Day Moving Average twice quickly after recovering it, which is a poor technical sign. If we were to look at the ratio chart comparing software to technology, it's showing a bearish divergence. In March and April, as the IGV actually went up, the ratio chart comparing it to technology went down suggesting that software wasn't really pulling its weight. And that's not what you want to see in a top performing subsector.

There's actually a phrase in tennis that says it's much harder to stay at number one than it was to get there so maybe that's what's happening to software now that everyone's gunning for it. As technicians as well, we like to monitor the price action of leading stocks, their health or lack of speaks volumes. One example is Xilinx, once a beacon of light, if you will, in the semiconductor space is now 24% off its most recent 52-week highs in bear market mode. More importantly, two best of breed software names, Trade Desk, and Cooper Software on Monday recorded bearish gravestone doji candles at all-time highs. And keep in mind, that was the session with CRM actually bought Tableau DATA. So, you would have thought that you would have seen a little more Lyft in the sector. And most of the names reversed that day, and it's been the same since.

JAKE MERL: So, how exactly do you recommend playing the current setup?

DOUG BUSCH: Well, the ETF, I'm more of a single idea generated type of guy. So, I have some stocks, not necessarily software. But I think with the way the IGV is acting, it's probably best if you were to play it, just to play it on the small side or from the short side until you see some resumption of the uptrend.

JAKE MERL: So, which specific stocks are you actually looking at?

DOUG BUSCH: Well, I have a pair trade today within technology. First, on the long side, I have Advanced Micro Devices, symbol AMD. It's not for the faint of heart. It's soared by 74% year to date already and abetted a double over the last one year period. The stock is prone to massive moves highlighted by a 250% game during a 19 of 23-week winning streak between last April and September which was immediately followed by a six-week losing streak that lost 50%. Last week, volume trends are fantastic in AMD. Has been one week of distribution in all of 2019 thus far. Last week, it rose 18.2%, its best weekly gain in the last nine months. It took out a couple of handle weekly cup with handle trigger of 30.05. I think you can enter that on a pullback at 31 and use a stop of 28.

JAKE MERL: And what would you say is the biggest risk- because it has run up quite a bit so far?

DOUG BUSCH: It has run up pretty, but I think right now, look, we're looking at both of the ideas I'm going to present today, weekly charts, they're more longer term charts, this breakout was significant. And I think you have a good risk reward right here. If it takes out the 28 stop signal, you're out.

JAKE MERL: And over what time horizon do you expect this to play out?

DOUG BUSCH: It could take out to the end of the year. Look, as technicians, we're more focused- it's hard enough to get price right and the time right as well. As long as the price action's acting well, stay with the name.

JAKE MERL: So, Doug, what's your target price for AMD?

JAKE MERL: And you mentioned this was part of a pairs trades. So, what's the other side of the trade?

DOUG BUSCH: Okay, on the pair trade, on the short side, I'd like to represent LogMeIn. It's a computer services laggards, symbol LOGM. It's down 13% year to date while the XLK, the overall technology ETF, is actually up 24% year to date so very weak relative strength there. It's down 38% from its most recent 52-week highs, unacceptable in this overall pretty firm tech tape. The stock is lower, 11 of the last 19 weeks and most importantly, last summer, it had a nearly 30% haircut the week ending 727 18 and has made no attempt to recover any of that loss. In fact, it's now below the intraweek lows of that week.

Earning reactions have not been very well received. It's lower four of the last five times- two of those were by double digits, volume trends on LogMeIn are just the opposite of AMD. We haven't seen one week of accumulation yet in 2019 and it recently broke below along one year bearish weekly descending triangle pivot of 75. I'd like to short back into that move at 72.50 and use a buy stop of 77. The width of the bearish descending triangle is 35 handles so you subtract that from the 75 pivot, that would give us a measured move to the round 40 number.

JAKE MERL: And over what time horizon do you expect that to play out?

DOUG BUSCH: The same thing, it's just more about price action to me. It could take a long time. On the short side, keep in mind, you're going to make your money a little quicker than you're on the long side. Obviously, the market has a long time upward bias, but I think this name, it's not participating at all in a pretty strong NASDAQ tape. You got to sell weakness here.

JAKE MERL: And what would be the biggest risk to that thesis?

DOUG BUSCH: Same thing. If that buy stop was taken out, if it was to actually trade above that bearish descending triangle trigger, that would be a red flag for the shorts, and you could actually probably go long with the name.

JAKE MERL: Well, Doug, can you please break down this pair trade in 30 seconds?

DOUG BUSCH: Sure. AMD, I want you to buy that pullback into that weekly cup with handle trigger of 30.5 at 31. Use a stop of 28. On the short side, LogMeIn, I want you to short into that long bearish weekly descending triangle at 72.50 and use a buy stop of 77.

JAKE MERL: Well, Doug, that was great. We'll see how it plays out. Thanks so much for joining us.

DOUG BUSCH: Looking forward to the next time, Jake.

That was Doug Busch of chartsmarter.com and for Real Vision, I'm Jake Merl.