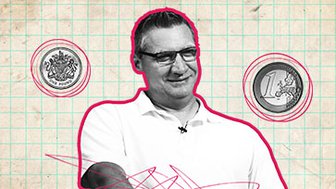 Joe Perry, CMT, of ForexAnalytix, reviews his trade on the…

Tom Bruni, CMT, of All Star Charts, walks through the recent technical breakout in Herman Miller - a mid-cap industrial stock - and discusses how traders can play the current setup. In this interview with Jake Merl, Bruni reviews why he thinks bond yields are finally stabilizing, analyzes the strength of various sectors within the S&P 500, and suggests a specific trade. Filmed on July 8, 2019.

JAKE MERL: Welcome to Trade Ideas. I'm Jake Merl, sitting down with Tom Bruni of All Star Charts. Tom, great to have you back on the show.

TOM BRUNI: Thanks for having me, Jake.

JAKE MERL: So today, we're going to be talking about Herman Miller. And this is a mid-cap industrial stock. And the company focuses on producing and designing office furniture. They actually just had an earnings report a few weeks ago, and they beat expectations, the stock popped like 20% on the news, broke some technical resistance, and is now trading at all-time highs. Now, we're going to get to your actual trade and the technical setup in just a minute. But before we do so, can you please briefly review how you came up with this idea in the first place?

TOM BRUNI: Yeah. So, I've liked the mid-cap industrial space for a while. But regardless of that, the thing that put Herman Miller on my radar was that breakaway gap above resistance. Like you said, they beat earnings expectations, buyers came into this stock, gapped it up 15 or 20%. And it's been consolidating there since. So to me, this is a very significant breakout and one I want to be paying attention to.

JAKE MERL: And so generally speaking, why is now a good time to get involved with industrials and the stock?

TOM BRUNI: Yeah. So, it's an interesting environment. If you look at where we were a couple months ago, I was here in both March and May, and we were talking about the range bound nature of equity markets around the world. We weren't seeing a lot of breakouts, not a lot of uptrends. And so, that environment was good for looking at different asset classes.

And I think we're still in that environment. If you take a look at the S&P Global 100, that's a broad measure of how the global equity market is doing. It's bumping up against that $50 level once again. We tested it three times over the last 18 months or so. And we think the more times a level was tested, the more likely it is to break. And so, if we're seeing equities as an asset class breakout, we want to be owning the strongest stocks within that and mid-cap industrials for that bill. And then within that, Herman Miller is definitely a leader within that space.

JAKE MERL: And so, why industrials specifically, why not some other sector?

TOM BRUNI: Yeah. So, I think it's important to, again, setting the background. If you look at rates around the world and I've brought a developed market 10-Year chart of everything from the US down to France or New Zealand, there's a bunch of them on there. But really, the purpose of that chart is to show that since October, rates around the world have been collapsing. And now, we're finally starting to see some evidence of stabilization.

Another chart that I like to look at is the Regional Banks to Real Estate Investment Trust ratio. And basically, what you're measuring there is the equity markets expectations for yields going forward. And the rationale behind that is that if equity market participants think yields are going higher, they're going to overweight regional banks because they're benefiting from those higher rates, as opposed to real estate investment trusts, beating rates are going lower, you want to be overweight those because there are more defensive sector, they have a high yield. And so, they're going to benefit from falling rates.

And so, when you see that ratio start to stabilize like we are now and move higher, that's signaling the equity market participants are moving money into regional banks away from REITs. And that's signaling that we might be near a bottom in rates.

JAKE MERL: And so, with rates stabilizing and with the bank stabilizing, you're saying that's giving you confirmation that it's time to get involved with cyclicals such as industrials. Is that right?

TOM BRUNI: Yeah. Generally, when we have divergences between the Regional Banks-REITs ratio and the 10-Year Yield, you see them converge again, they can't really stay too far apart for too long. It's just not something we see throughout history. And so, the 10-Year Yield in the US is hanging out below the 2.06 closing low from 2017. And so, what I think is potentially setting up there is a fail breakdown, where prices or yields in this case, broke below that level, they've been consolidating for a few days, selling pressures waned, and now, yields are trying to get back above that level.

So, that would potentially set up a squeeze in rates sending them higher that probably coincides with some bottom in developed market yields around the globe. And then if money's flowing out of bonds, it's probably trying to find a home in other places, commodities or equities. So, I think strong areas of the market like industrials have held up well. So, it's reasonable to expect that when money is flowing back into equities, it's going to go to those areas.

JAKE MERL: So, in addition to that ratio chart you just mentioned, what else are you looking at that's confirming your view on rates?

TOM BRUNI: In addition to the ratio, we're seeing money flow into other areas of the market, like financials. They're breaking the downtrend line from their 2018 highs. They're setting up for a retest of their 2007 highs, 2018 highs, and if they get above that, that would be a massive breakout. If you look at basic materials, they've basically done nothing during that time period too, the last 18 months or so. And just like financials, they're breaking the downtrend line from the 2018 highs. So, we're seeing money flow there.

Even health care, it's been left for dead. Medical devices were a leader earlier in the year, they cooled off. But now, they're leading again. Biotech is finding its footing. And so, we're seeing health care, both on a cap weighted and equally weighted basis, challenge its former highs and I think it continues to go higher.

JAKE MERL: So, bringing it back to Herman Miller, what key levels are you looking at? And how exactly would you go about making the trade?

TOM BRUNI: If we're seeing this breakout in industrials relative to the rest of the mid-cap space, I think you have that theme as a tailwind for this name. And then Herman Miller specifically, if you look at the relative chart, it's breaking out of a multiyear, multi-decade downtrend relative to the industrial space as a whole. So, not only do you have absolute strength, you have relative strength there, which I think is important.

Then to your question on an absolute basis, that $40 level is very significant, because over the last 20 years, it's been resistance. So, in technical analysis, we have something called polarity. And that concept basically means that former resistance turns into support, former support turns into resistance. And that's exactly what we're seeing here. We had a breakaway gap above that $40 level, prices are consolidating, and now, they're trying to continue higher. So, to me, it looks like buyers are in control and they're targeting $61 on the upside over the long term.

JAKE MERL: So, over the past couple of weeks, we have seen this 20% or so rally and the stock is trading at all-time highs, does that worry you at all that it happened so fast, so quickly?

TOM BRUNI: So, I think in the near term, you could potentially see a pullback to that $40 level. I think that would be a very attractive entry on the long side. But if you put it within the structural context of the stock, like I said, it's gone nowhere for 20 years so this is just the initial breakout. Anyone who's owned the stock ever is now making money. And so, when it gets back to that $40 level, if anyone it ever does people, are going to be buying stock there because they want to be longer.

JAKE MERL: So as far as key levels, you'd be looking at that $40 level to enter the trade?

TOM BRUNI: Yeah, I think you can buy it here. It's right around $45, depending on how aggressive you want to be with your stop, and what your target is. If you're using my longer term target, and you're $61, I think the entry here is fine. But if you're going to be a little more aggressive in terms of your timeframe, I think as close to $40 as you can get it, the better.

JAKE MERL: And would $40 be that line in the sand where you'd exit the trade as well?

TOM BRUNI: Yeah, exactly. So, people have different ways of setting their stops. For me, it's just a matter of when is the thesis no longer valid? And to me, that's the $40 level. If we're below that, then we have a fail breakout and it gets messy. So, I'd rather stay out of the way. If it does do that, we can always re-enter if it gets back above that $40 level.

JAKE MERL: So over what time horizon do you expect this thesis to play out?

TOM BRUNI: This a longer term base. So, I think over the next year or so is probably a good timeframe.

JAKE MERL: And what would you say is the biggest risk?

TOM BRUNI: The biggest risk here is probably what the broader market does, what equities as an asset class do. So, if we do see this BFL breakout in the major indexes and it does lead to a larger decline, I think Herman Miller will probably get pulled down with it. With that said, the reason I like playing this potential breakout in the broader market with a stock like Herman Miller is because you have all of that former support there. There's a 20-year base. There's going to be buyers at that $40 level. And if there's not, well, your risk is very well-defined. You can take the loss and like I said, you can always re- enter if and when it starts working again.

JAKE MERL: Well, Tom, that was great. We'll see how it plays out in the year ahead. Thanks so much for joining us.

JAKE MERL: So, Tom is bullish on industrials. Specifically, he likes buying Herman Miller, ticker symbol MLHR between $40 and $45 with the stop loss below $40 and a target price of $61 over the next 12 months. That was Tom Bruni of All Star Charts and for Real Vision, I'm Jake Merl.