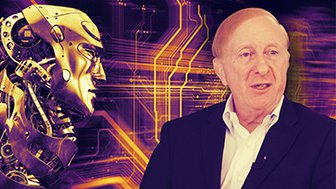 Howard Morgan, co-founder of First Round Capital and one of…

Danny Moses is a private investor and entrepreneur best known for his trading experience through the financial crisis in 2008, which were portrayed in Michael Lewis's "The Big Short." According to Moses, the last decade of extreme central bank policies has led to a market that ends up chasing trends instead of following fundamentals. This clip is excerpted from a video published on Real Vision on April 19, 2019 entitled "'Big Short' Trader on Today's Opportunities."

DANNY MOSES: Whether I went to the track or not, I do not look at the board and that's the same, I approach stocks that way.

I did not like Bitcoin when it was at $600. Imagine when it went to 18,000, how I felt about myself. So, I'm not going to be one to say oh, Bitcoin was an obvious thing. The smartest people in the world, the smartest people I know are doing work on it, recommending it. I have to respect that. I got obviously crazy when my son comes home, as a junior in high school, he comes home and says, Dad, I just opened up an account. And I go, where, how, who, what? He goes, we're all buying Bitcoin. I'm like we're done.

And so, those are the things. The shoe shiner, the cab driver, things like that. But with my son, I'm like, okay. So, yes, I have a lot of smart friends that are doing it. But now, my son- who was a smart kid, is now- it was close. And that was actually right here the top. I'm not the one to dance on anybody's grave as it relates to crypto, because I think there is something there. And I think it's neat what's being built. But I don't know all the blockchain companies but.

LARRY MCDONALD: JP Morgan, 1907, states there's nothing in this world, which will solve violently distort a man's judgment more than the sight of his neighbor getting rich. And I delivered a speech in South Africa a couple years back, and somebody in the front row stood up and said, Mr. McDonald, it's the brother in law getting rich. Where in today's market, besides crypto, are you seeing those signs of where people are chasing the other investor and making those bad decisions?

DANNY MOSES: Well, crypto was one, certainly, at the time where it was just a fad, so to speak. It's here to stay, but it was a fad in terms of where it went. Trying to think of the other- there is so much leverage in the system. When I say leverage, central banks have poured so much money. And I think people that are this generation, and you and I can say the next generation in which to this point that's come to Wall Street and is money management, only knows one thing. And that was quantitative easing.

So if you were in high school in 2008, and now you're working on Wall Street, you're 28, 29 years old, you feel like the Fed has your back. So I wouldn't say it's anyone, I would say it's the thought that the government, that it's a thought that global QE will always be there for you and central banks will be there to bail you out. So I think it's a moral issue of facing the pain for making a mistake more than it is anything else into one particular asset if that answers your question.

So my favorite analogy is, and I love the horses. And you can study them just like you can a balance sheet is when you go to the track, the worst thing you can do when you walk into the track before you buy a program is look at the odds, look at the top board and see what the odds are. So, there's eight horses on the board and one's 40 to one and one's even money or two to one. What is your brain going to do? Your brain is going to open that program and immediately think I'm not even looking at the 40 to one horse, the seventh horse because there's not a chance he can win. You go with everybody is going to your point.

And that's my rule when whether I went to the track or not, I do not look at the board. And that's the same, I approach stocks that way. Just because the stock's down or stock's up, people sell, fulfill, oh, this is a great company because the stock's up or it's a horrible company because the stock's down. Do the work and back to your passive question, that's what's being lost right now is the ability, the good old days of, hey, I like this company. I'm going to go do work on it. My kids asked me they want to buy stocks, I go, okay, go find a company. Tell me what it is. I'll help you gather the research on it and give me your thesis on why you think this is a good company or not like I want that to come back.

DANNY MOSES: An old-fashioned homework and so no one's doing the homework. I shouldn't say nobody. The global masses are not doing the homework. They're chasing trends. There's a feeling of protection that the government always has your back and global markets. And is there a plunge protection team there? You would know better than I would. Certainly feels I'm not a conspiracist per se. Some people think I am, but certainly feels that way sometimes. It's someone's buying features out there at various times to protect. So, again, I think people have been sucked in a little bit here and I think it's going to be a rocky road.