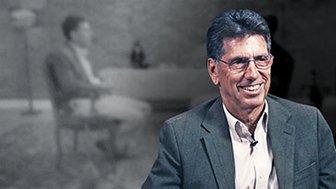 Modern Monetary Theory has become a hot topic of discussion.…

Barry Silbert is the founder & CEO of Digital Currency Group, a company that has helped build the foundation of the digital currency and blockchain technology industry. DCG has been so successful to date that its investment trust is worth as much today as the whole asset class five years ago. But what comes next? In this interview, Raoul Pal tries to get to the bottom of how viable cryptocurrencies are over the long-term. In addition to talking about cryptocurrencies’ viability and volatility, Silbert addresses the need for crypto to serve as a speculative vehicle, policing fraud and illegality. He also speaks to the utility of blockchain outside of the currency realm. Silbert then discusses his views on bitcoin versus gold, and on the generational divide driving changes in the thinking about stores of wealth. Filmed on June 4, 2019 in New York.

BARRY SILBERT: Younger generation investors do not view gold the same way that my parents or grandparents did.

There are still very few break out examples of how blockchain can or will be used for non-speculative, non-financial use cases.

The thoroughness that you see in other asset class research does not yet exist.

If history repeats, which doesn't always- but if it does, you would expect that the all-time high of 20,000 will be taken out in this next run.

RAOUL PAL: At the very beginning of Real Vision, we cared about cryptocurrency. We thought there's a future in it that was going to be an important future of the financial system. And we've gone through some booms and busts. But that whole narrative is still very important to me personally, and I think to Real Vision, and to many of you in the financial world. We know it's not going away. And one of the first guests we ever had on that brought us into this crypto world was Barry Silbert.

Barry's an old friend, and he's a great thinker in this space. He understands the juxtaposition between financial markets and the digitization of assets and cryptocurrencies and blockchain and all of these things. He's been a pioneer in the field. And it's super nice to get him back on so we can just kick around the tires of this space, and really see what's going on. It build on from the Mike Novogratz interview that we did back in October, where it starts to build on the story of where this is really going now.

And as we know, this is not a very straightforward journey. It's a very complex world we're developing here, but an exciting one. But one of the key things is Barry started an advertising campaign that to many of you is going to be the worst thing ever. It's questioning the value of gold and raising the value of cryptocurrency versus gold. And I think just to start off, I want to show you that commercial, because it's going to get some of your blood boiling and others thinking, yeah, this is dead right.

SPEAKER: Why did you invest in gold? Are you living in the past? In a digital world, gold shouldn't weigh down your portfolio. You see where things are going. Digital currencies like Bitcoin are the future. They're secure, borderless, and unlike gold, they actually have utility. Leave the pack behind. It's time to drop gold. Go digital. Go Grayscale.

RAOUL PAL: Barry, good to get you back. We figured out just now that it was what? December-

RAOUL PAL: Wow. So, it's a long time ago. Because we've been massively big supporter of crypto, blockchain, the whole thing. And you were really almost our entry into that world.

RAOUL PAL: Exactly, three months prior. And so, where was Bitcoin then?

RAOUL PAL: And where's it today?

BARRY SILBERT: About 8000. So, I got to re-watch the interview. And I guess we'll do a victory lap right now and say I was probably pretty, right.

RAOUL PAL: Yeah, I think you can say that. And that's with a huge spike up and a huge drop as well. And it's still being very right. Once to get you back, just to pick your brains to find out where we are. We're on this journey and it's a long journey. We think we know where we're going. But we don't really know. So, let's start with where you think the journey is going. And then we'll back up to where we are now. And the stuff that you're looking at.

BARRY SILBERT: Right. Well, so I think let's go back to the for the past, I guess, four and a half years. So, in 2014, I would imagine the asset class was probably only worth a couple of billion dollars. Today, Bitcoin is worth about 125 billion. I would imagine that there were only a handful of exchanges-

RAOUL PAL: In fact, your investment trust is worth- now?

BARRY SILBERT: Indeed. Yeah, that's true. And, yeah, good to be a first mover, I guess. Yeah, so there were probably only a handful of exchanges that you could trade off of, there was no institutional involvement in this space. When Bitcoin was discussed on popular media, it was always described as tulip bubble Ponzi scheme. So, still quite a bit of that, I guess. And then, yeah, you fast forward-

RAOUL PAL: And it was also the criminal element, it was always going to say, it's the currency of criminals.