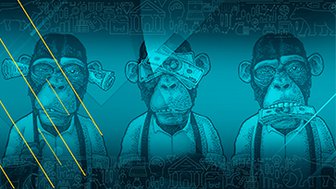 With less than a year until the 2020 election, the Democratic primary, impeachment proceedings, and rumblings of third party candidates become more relevant to investors every day. This week, Drew explains how the 2020 election might impact financial markets.

DREW BESSETTE: We're now less than a year out from the 2020 election and the narrative is heating up. While the Democratic primary rages, the impeachment proceedings are in full swing. What does that mean for the next year and beyond? Specifically, what does it mean for financial markets in 2020? We're going to break that down with the help of our experts on this week's episode of The One Thing.

What's going on, investors? Drew here. If you've been paying attention to the news, it's impossible to ignore the noise about the 2020 election. Impeachment hearings, democratic debates and talk of possible third parties, there's a lot going on, and still more to come. To shed further light on it all, here's Jared Dillian, author of The Daily Dirtnap with his take.

JARED DILLIAN: 2020 is going to be all about politics. I think the markets are going to be a bit of a roller coaster based on what's coming out in the polls. I think that's our future in 2020 is we're going to be staring a lot at the polls because there's big, big implications. First of all, Elizabeth Warren or Bernie Sanders, Bernie's unlikely, but, if Elizabeth Warren is the nominee that's going to affect the markets or if it's Mike Bloomberg or Pete Buttigieg, that has a different effect. I'm really going to have my head on a swivel for 2020 just really, it's all going to be politics, it's going to consume everything.

TONY GREER: That's going to be unbearable, isn't it?

JARED DILLIAN: Well, plus the impeachment proceedings, which are going to continue for a while, so we'll see.

TONY GREER: I think that that's definitely right. We're going to see volatility there. I am still, I'm not going to be shaken by polls in terms of my trading because--

JARED DILLIAN: Well, it's funny, you mentioned that because one thing we learned in 2016 was that the polls were not that reliable. Actually before we sat down, I was on Twitter and I saw that a generic poll of Biden versus Trump matchup, Trump has 12 points behind. This is, first of all, it's somewhat it's a year out so who cares? Second of all, we know that we, the Republicans consistently under poll. Well, always, but now especially like, especially in the last four years.

TONY GREER: Well, in the last four years, as the media has become less of a fact reporting service, and more of this is our viewpoint on the world service. I don't know how anybody is going to trust an ABC News poll going forward.

JARED DILLIAN: Having said that, I do think Trump is going to struggle in this election. I do. If he has a viable challenger, it's going to be interesting.

DREW BESSETTE: According to Dillian, we learned that polls are not reliable in 2016. You're probably saying we're a year out, who cares? Do you even remember the Republican primaries in November of 2015? Back then, it was still a tight race between Cruz, Rubio, Trump and Ben Carson, but like Jared said, we're a year out, who cares? Well, I can tell you something that does care. Financial markets. Last week, Real Vision published an interview between legendary financial reporter Jim Grant and Alain Van Loo, the CIO of Sharp Financial. Here are his thoughts on how recent political polls even a year out from the election have impacted the financial markets.

JIM GRANT: America, yes, is an exceptional place, but our politics are exceptionally nasty, especially given the statistical profile of our economy, which would seem to denote prosperity. If memory serves that election next year, and the Democratic frontrunners or at least two of the most prominent candidates contend that either socialism explicitly is the way forward or something awfully close to socialism as described is the way forward. How exceptional would we be if one of those two candidates wins? What would be the investment implications of that victory?

ALAIN VAN LOO: It's excellent question and if I had a crystal ball, I would certainly share it with you. I think overall politics tends to be at this stage of the game very reactionary to the left or to the right. Whatever the right says, the left effectively says the exact opposite. If you're looking at in trade and these like, election prognosticators and betting lines and things of that nature, you're seeing some really interesting relationship specifically with related to Warren. As she goes up in the standings and the ability to beat Donald Trump, you're seeing that the market reacts to the lower end. Now, is that an inference? Is that correlation? Is that causation? No one really--

JIM GRANT: That's causation. If someone says that your taxes are going to go up a lot and there's be a wealth tax, and that there is going to be heavy regulation, that's not speculation. That's what she says is going to happen. Maybe she has-- maybe she wins with enough congressional support to make those things happen, but they are not bullish as we normally define bullish, no?

ALAIN VAN LOO: Correct, and there are some very well-known financiers, and let's call it Wall Street folk that have opined publicly of a 20%--

ALAIN VAN LOO: That have said that the stock market could correct by 20% if Elizabeth Warren wins, I'm not 100% sure I would agree with that, because A, what a president wants a president doesn't always get, be it he or she, in that scenario, so it very much-- yeah, and wonderful little checks and balances system that we have. That yet obviously remains to be seen but I think the market, as you rightly point out, is very attuned to what happens to the point of what's real?

JIM GRANT: If I may ask you, your clients in need of tax advice asking you about the consequences? Consequences of a democratic?

ALAIN VAN LOO: Well, it depends on the obviously the given client's situation?

ALAIN VAN LOO: Addresses. By and large, the questions have been coming I think for the most part for our client base, they're like us watching closely and we've having some conversations to either assuage fears or--

JIM GRANT: Or to fend them.

ALAIN VAN LOO: Or to fend them, again, depending on the client, but I think by and large right now, any end result decision is entirely too premature.

If the finance community doesn't like Elizabeth Warren, does that mean they're still behind Trump? Well, not exactly. With the state of the Republican and Democratic parties, it obviously wouldn't be surprised if a third party candidate emerged. That will throw a huge wrench to the proceedings. Don't take it from me. Here's Jared and Tony talking about exactly that possibility.

JARED DILLIAN: Just on a personal level, if I could stop myself out at Bloomberg, I would do that in a second.

TONY GREER: I agree. I agree. I lived in New York City, I'm afraid of there being soda doled out with eyedroppers and crazy things like that. I live in New York City while he was mayor and this place ran like a top and it was beautiful and it was majestic. I believe that it wasn't all of Rudy Giuliani's doing. I think Mike Bloomberg had to do with it.

JARED DILLIAN: Yeah, and by the way, I mean the city continues to grow, even under de Blasio, a lot of it because like Bloomberg permitted all this construction, like 20 years out so we still have-- and the great thing about that is it keeps a lid on residential real estate, it keeps a lid on prices so New York real estate is actually end up staying affordable as opposed to San Francisco, where they haven't built anything. That's Bloomberg that you have to thank for that.

TONY GREER: Yeah. That's why I think that that's the only race in town. We could use a lot of improvement all over the place, because listening to the President say things like give me some of that free money and about negative rates is literally just too much for the financial markets to bear.

JARED DILLIAN: I think this has consequences that extends 30 years. Because now, Trump has set a very bad precedent that a president should get involved in monetary policy. I can't, with the exception of maybe Bloomberg who understands the implications of that, any other Democrat, any other candidate, I would say is going to continue the same Trump same behavior. You can't put the toothpaste back in the tube like there's not going to be-- Joe Biden, if he's president, he'll beat up on the Fed because Trump said the president.

TONY GREER: Yeah. The horrible thing to me is that-- and an unbelievable thing to me is that even after Bernanke, and after Yellen, and all of this outrageous, unconventional monetary policy that we finally got an outspoken person against the Federal Reserve, and he's arguing that rates are too high, and not acknowledging the wealth gap or things like that. To me, that's just-- now, it looks like a diversionary tactic to me to say there's no inflation and all things like that. We'll see.

DREW BESSETTE: Tony and Jared laid out the two main factors. First, a third party candidate could really change the calculus for the 2020 election. Second, a huge part of Trump's support has been the finance community in Wall Street. Just look at what Trump has done versus Warren's proposals, they're night and day. If the markets are worried about Warren and really only support Trump because of some of his policies, if another candidate who was pro-business and more palatable emerged, oh, Michael Bloomberg, the 2020 rates would get much more interesting. Why interesting? I mean risk.

A viable third party candidate could have the exact opposite effect for markets as Warren steady rise does. It's a real possibility that that could lead to further volatility in the markets as oscillate between Trump and the challenge. If you want help tracking the roller coaster that is the 2020 election and its effects on financial markets, or you just want to catch more of financial legends like Jim Grant, subscribe to Real Vision. I will talk to you next week.