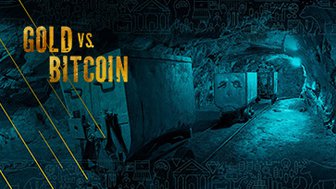 What would happen if you could reverse the aging process? AK breaks down the latest episode of "Discoveries" to identify the massive opportunity presented by the health care industry's anti-aging space.

AK: They say the 2008 financial crisis was a once in a lifetime event and that may be true, but with the way that technology is advancing, we may all live long enough to actually see another. Today, we're going to take a look at longevity and how you might profit off the massive trend that's coming in antiaging.

What's going on, investors? AK here. The latest episode of Discoveries with Justine Underhill explores the complex and cutting edge technology of antiaging. Obviously, aging is the single largest predictor of death in terms of correlation. As you age, you are more likely to get sick, but what if we could slow down or even reverse that aging process? This episode featured Leonard Hayflick, a professor at UC San Francisco. This section of the episode has some more answers for you.

LEONARD HAYFLICK: The greatest risk factor for cancer, cardiovascular disease, stroke, Alzheimer's is aging, so why aren't we studying the fundamental biology of aging? These cells that now look as they do at the state where they're incapable further division are still metabolizing, which means they're still alive. They will continue to remain alive but incapable of dividing for many months, if not years. The belief now is that these old cells might be hanging around and causing trouble, and maybe even the source of all age-associated diseases.

JUSTINE UNDERHILL: Hayflick's discovery that aging happens within ourselves led to a flood of ideas about how we can stay healthier for longer. No matter how cautious we are, how protected from radiation we are, how much exercise we get, it's not enough to keep our bodies healthy. Most of our cells ultimately have an expiration date when they become senescent, that's when they're no longer capable of dividing but they're still alive. Releasing toxins that can then cause problems in the rest of the body.

JUDITH CAMPISI: I didn't start out studying aging. I started out study cancer, and meanwhile, Len Hayflick had made a very speculative observation. He said maybe the stopping of cell division and changing the way you look has something to do with aging. I honestly did not take that very seriously, but the more we began to see study how the stopping of cell division prevented cancer, the more I began to think, I think there's really something to this, this idea that senescent cells have something to do with aging. We now know that that is at the heart of literally dozens of age-related diseases, heart disease, vascular disease, lung disease, kidney disease.

If you compare, for example, a healthy joint with an arthritic joint, there are more senescent cells in the diseased joint. Then we developed a mouse model in which we could selectively cause certain senescent cells to go away, to just die. It's from those mouse models that we now had the first proof that senescent cells do, in fact, drive a very wide diverse number of age-related diseases.

AK: Now, there's evidence that these cells do cause those severe diseases and research is being done now that shows that by killing the cells, we could actually slow down or even reverse the aging process. What are the implications of that? Well, here's one of those researchers, Christopher Wiley, explaining how much the research has improved over the last decade.

JUSTINE UNDERHILL: Then what you guys plan to do is actually give this mouse senolytics to see if it helps with the aging process or potentially reverses some of the damage?

CHRISTOPHER WILEY: And we're going to measure that by a whole bunch of different factors, but we're going to first show that he's actually losing his senescent cells. The effects of senescent cells can take decades and years to build up even in a mouse. Getting rid of them can happen very, very fast, less than a day for most of what we found so far with this particular drug.

JUSTINE UNDERHILL: You want to be careful, because we don't really know what happens when suddenly you lose a bunch of senescent cells.

JUSTINE UNDERHILL: How long ago was it that you got into this field?

JUSTINE UNDERHILL: It's just in the past 10 years?

CHRISTOPHER WILEY: In the past decade, everything has exploded. The field went from an interesting phenomenon to the next big drug revolution. It's done from a few labs to this, an entire section of the community now.

CHRISTOPHER WILEY: I think at the right time.

AK: Since Leonard Hayflick's discovery in the 1960s, there have been massive leaps from the research around aging and antiaging, but the field is still young and it's rapidly growing but the research is actually bearing fruit. This could totally change the game. Imagine feeling like you were 30 when you're 60, that's becoming more and more possible. With that possibility, we get opportunity.

The companies on the cutting edge of this technology are sitting on a potential goldmine. The healthcare industry is simply growing because baby boomers are aging and they need more healthcare. This antiaging edge of healthcare should really explode once it's approved by regulators. The combination of the massive number of baby boomers plus this advanced technology could be a huge opportunity for investors over the next two decades.

It's not like these treatments are going to be here tomorrow. Now, that we've identified the trend, we still got to figure out which companies are going to benefit the most so we can invest. Check out Discoveries if you want to be able to track those companies and this trend in general. I'll talk to you next week.