RV Blog What Is a Smart Contract?

What Is a Smart Contract? 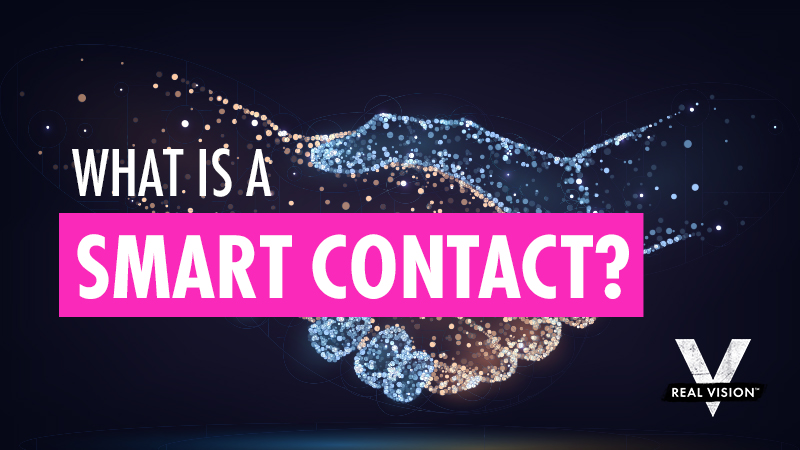 American computer scientist Nick Szabo first coined the term smart contracts back in 1994. In his first paper, he described a smart contract as “a computerized transaction protocol that executes the terms of a contract.” Szabo wrote another paper in 1996 in which he explored smart contracts as building blocks for digital markets.

So, what exactly is a smart contract? A smart contract is a computer programming code that is executed and runs on a blockchain. While usually called self-executing code agreements, smart contracts need input to automatically create an output. Usually, the output is triggered according to a set of terms that have to be met. For instance, if a contracted person completes a task assigned to them, a smart contract can be used to trigger payment once the task is finalized and the smart contract learns of it.

Smart contracts typically run on a decentralized blockchain and not on centralized databases. This means that multiple people can achieve a shared result in an accurate, secure, and timely manner. When it comes to automation, smart contracts are a powerful tool as they aren’t controlled by any central person or body but by the blockchain itself. This lowers the probability of a single point of attack by bad actors. Moreover, smart contract applications have been known to boost efficiency, lower costs, minimize counterparty risk, and offer new levels of transparency into new or existing processes when used for multi-party digital agreements in finance and beyond.

While there are a lot of benefits to using smart contracts, in most jurisdictions, they aren’t necessarily legal contracts in any sense of the traditional term — at least not as of yet.

How do smart contracts work?

A smart contract is a tamper-proof program based on a blockchain that follows an “if/then” logic. Simply put, a smart contract is a predetermined program that executes a given task when and if the conditions are met that were originally set. What this means is that smart contracts typically follow a system of “if or when A happens, then execute action B.” For instance, if a supplier delivers the goods ordered in full and on time, then the smart contract will execute full payment to the supplier given the contract learns about the delivery of the goods on-chain.

Smart contracts are excellent for not only automating processes but also for facilitating transactions without involving a centralized third party. Some of the features of smart contracts include:

Autonomy
Smart contracts can be used to automate and self-execute different types of tasks. Nonetheless, if a smart contract isn’t triggered, it will end up staying dormant and won’t carry out any activity.

Customizable
Because a smart contract is code, developers can easily personalize the code for various use cases as deemed fit.

Deterministic
Smart contracts can only carry out the tasks that they have been designed to do by code as long as the predetermined conditions are met. In addition, the outcome will only ever be the same regardless of who executes the smart contract.

Immutable
Once a smart contract has been created and deployed, it cannot be altered or deleted unless there was a function that would allow for the latter to happen.

Transparent
Smart contracts are usually published on public blockchains, which means they are visible to anyone with an internet connection.

Some of the most basic use cases that a developer can create with smart contracts include:

DeFi
In the decentralized finance (DeFi) sector, smart contracts can be used to facilitate lending and borrowing, allowing lenders to earn interest and borrowers to lock up their collateral against a credit the smart contract protocol issues. Smart contracts are also set up for trading, minting stablecoins, staking, prediction markets, and many other uses in DeFi.

Smart contacts can also be used to create decentralized exchanges (DEXs) to allow traders to carry out transactions on a DEX platform without any involvement from a third party.

DAOs
Decentralized autonomous organizations (DAOs) are trust-minimized organizations. Smart contracts are the backbone of DAOs as they are used to define the rules that will govern each DAO. Through smart contracts, voting within a DAO can be done.

NFTs
Non-fungible tokens (NFTs) are minted through smart contracts, which help not only assign but also reassign the ownership of an NFT from the owner to the buyer when it’s sold.

The Future of Smart Contracts

Smart contracts have very broad use cases besides what we have mentioned above. For instance, they can be deployed in healthcare, supply chain, crypto wallets, games, and voting. Smart contract use cases may evolve with time as various sectors seek to reduce bureaucratic expenses and improve efficiency.
RELATED CATEGORIES: Crypto, Defi, Learning