In a thought-provoking series of tweets you can find here, Global Macro Investor Founder and Real Vision Group CEO Raoul Pal shared his personal thoughts on the massive sell-off in crypto that peaked on May 23rd, when Bitcoin slid all the way down to the low $30,000s and Ethereum fell under the $2,000 price mark.

The sell-off, largely triggered by a wave of liquidations of levered positions and increased fear among retail investors, mirrored the most recent crypto crash of 2018, as exemplified by the following GMI chart Raoul posted on Twitter.

Raoul Pal, however, remains unphased. Quite the contrary. As you can see from his tweetstorm, Raoul believes the dip should be seen in a rather positive light – as a testament to the validity of crypto and the ecosystems being built therein.

‘There were no daisy chains of collateral losses.
There was no collateral pressure.
Stablecoins remained stable.
A few exchanges went down for an hour or two. No exchange big losses occurred, no need to mutualise losses either.
No protocol failed.
No firms needed rapid funding.
No one had open ended losses.
The system didn’t break.
It offered zero systemic risk to the broader financial world.
Speculators lost money and that is it.’

Now, isn’t that something? Let’s reminisce a bit here and go back to 2008 and 2009. What happened then? The market crash resulted in a global financial crisis and a chain of bailouts for banks, arguably the main culprits behind the crash. According to data from MIT, the bailouts totalled almost $500 billion, or roughly 3.5% of the United States GDP in 2009.

It is no secret that the legacy financial world tends to be undercollateralized. Crypto on the other hand offers an alternative – overcollaterization, enhanced risk management and borrowing and lending better suited for stressful scenarios.

Or, as Raoul Pal put it:

‘This is what I first saw in crypto back in 2012. A new, anti-fragile financial system that doesn’t break in times of stress, where ownership of assets is clear and losses are not mutualised to tax payers.
This was a big two weeks for crypto and for the future financial system.’

Where do we go from here?

Today, it is all back to normal in crypto. The dip seems to have flushed out a good portion of leveraged positions  and short-term oriented speculators out of the market. At the time of writing, Bitcoin is again flirting with the $40,000 price tag and Ethereum circles around $2,800, effectively a ~30% (rebound) compared to last week’s lows. Most major altcoins have also recuperated a large part of their market capitalization losses.

Raoul Pal looks just about right with his takes.

On-chain data suggests HODLers are on the rise and that institutional participation is increasing, both factors denoting the relative healthiness of recent events. Bitcoin itself seems to also be gaining ground in the United States as almost 50 million Americans now own the largest cryptocurrency.

Here we can see a significant increase in user growth on the BTC network, suggesting new buyers without previous Bitcoin exposure are seizing the opportunity to stack sats.

Shortly after the giant dip, renown Bitcoin proponent and digital assets investor Anthony ‘Pomp’ Pompliano also published his own thoughts on the matter, using on-chain metrics to provide an adequate representation of sellers and buyers during what fellow crypto heavyweight Mike Novogratz referred to as ‘a capitulation’.

Inferences from Pomp’s article and the general reception among the crypto community suggest that the bull market is still very much intact, despite the historic correction. What happened was simply a result of a perfect storm – a combination of FUD (Fear, Uncertainty, Doubt), bearish exchange flows, liquidations, news from China and excessive leverage.

What is your opinion on Raoul Pal’s tweets and the overall situation? Have you been buying the dip and what is next for Bitcoin and crypto markets? 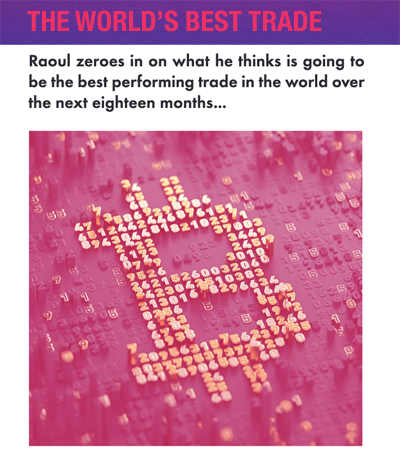